Simplifying the complexities of retirement annuities 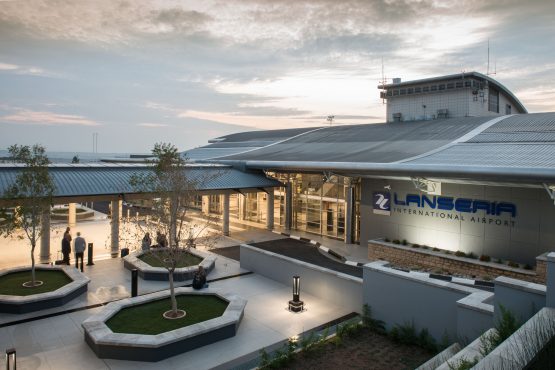 Lanseria was booming before Covid hit, with three low-cost airlines operating as many as 20 flights a day. Image: Supplied

It is not that widely known that Harith General Partners was part of the consortium that lost the bid to drag Comair out of business rescue in 2020.

Harith, of course, is part of the consortium that bought Lanseria International Airport a decade ago as well as the Takatso Consortium that is set to (any day now) conclude its purchase of South African Airways (SAA).

A consortium linked to the founding family of the airline eventually won the Comair bid, with R500 million in equity plus an additional R600 million in new debt.

Spare a thought for Harith though …

The terminal was also aggressively expanded to take the number of passengers from three million a year to 4.5 million.

In October 2019, the airport was booming and bullish about the future. It had three low-cost airlines operating as many as 20 daily flights from the secondary airport north-west of Johannesburg.

Fast forward to mid-2022 and there are now just five flights a day, all operated by FlySafair.

Jhb-Cpt flight prices spike to R6k return, if you can find one

The failed rescue of Comair was a gamble from the beginning

SAA’s low-cost carrier Mango decided a month before lockdown to consolidate all its operations at OR Tambo. By that stage, it was bleeding money. Kulula, the other operator, ceased flights on 31 May this year. Two weeks later, parent Comair was placed in provisional liquidation.

At five flights a day, it is almost certain Lanseria is not profitable.

Part of the plan in the consortium’s original bid for Comair was to use Lanseria as Kulula’s base. That is no surprise. Harith (and the rest of the airport’s owners) need additional volume, fast.

Where to find volume?

It is unlikely that any of the airlines still flying will start routes to or from Lanseria. SAA, in its current form, barely has any flights and not many planes.

Airlink’s and Cemair’s models are premised on regional connectivity to largely far-flung, smaller airports that the other carriers could never service profitably – and both need the connecting flights, inbound and outbound, offered by OR Tambo.

And Lift’s model is one of simplicity on the high volume Joburg-Cape Town route (it is rumoured to be starting operations on the Joburg-Durban one soon).

So, then, to Harith’s conundrum.

It has been reported that more than 20 interested parties expressed interest in Comair’s assets as part of the liquidation proceedings.

The original deadline of last week – wholly unreasonable given the complexity of the sector – has been extended to December.

Provisional liquidators are meeting with interested parties who are keen on either purchasing Comair as a going concern or picking up some of its assets. With the bulk of the assets – aeroplanes – being securitised against loans, there’s not likely to be all that much left for potential acquirers. This is how much Comair needed to keep flying

Route licences have some residual value, but aside from the regional ones to destinations such as Harare and Mauritius, the rest aren’t exactly hard to come by (an application to the Air Service Licensing Council generally suffices). One might argue that there’s some brand value left in Kulula.

But it’s the franchise agreement with British Airways that is the jewel of what’s left of Comair.

According to the business rescue plan, nearly two-thirds of Comair’s ‘normalised’ revenue was to come from BA, versus only a third from Kulula.

However, if it bought the two major intangible assets (the operating brands), having the BA one doesn’t exactly solve Harith’s problem as it is reliant on inbound passengers from London at OR Tambo. And this won’t even be allowed with its current involvement in the Takatso Consortium.

A neat solution to this would be another party buying the BA portion of the business (mainly the franchise). BA would surely put in place some steep requirements in terms of quality of aircraft and service, limiting this to an entity with some deep pockets.

Harith could then nab the Kulula operation and relaunch that as a proposition with a skew towards Lanseria – similar to the original bid during Comair’s business rescue.

Historical volumes, though, dictate that there’s simply three or four times more demand from OR Tambo than from Lanseria.

Currently FlySafair operates about 14 daily return flights to Cape Town from the largest airport in the country, and only three from Lanseria (sure, this is skewed due to the complete lack of adequate capacity from OR Tambo following Comair’s collapse). Quite how this factors into the airport owners’ thinking is unclear.

Perhaps Harith is weighing up any potential deal for a part (or all?) of Comair’s assets with its involvement in the Takatso Consortium (which seems to be going nowhere slowly) as well as the option of starting an airline from scratch.

The last option could realistically be done with less than R100 million – an ultra-lightweight approach a-la-Lift, where Global Aviation, a lessor, is part-owner of the airline, would probably cost in the tens of millions.

Although not the sole owner of the airport, Harith must surely know that there are very few other parties standing ready to fill that huge capacity gap at Lanseria, something that puts the entire business plan of the airport at risk.

Simplifying the complexities of retirement annuities

New retirement system a monumental shift for the sector

Large portion of FII selling is over: Varun Lohchab