‘Enforceable close-out netting in China is the culmination of more than 20 years of work,’ said Jing Gu. 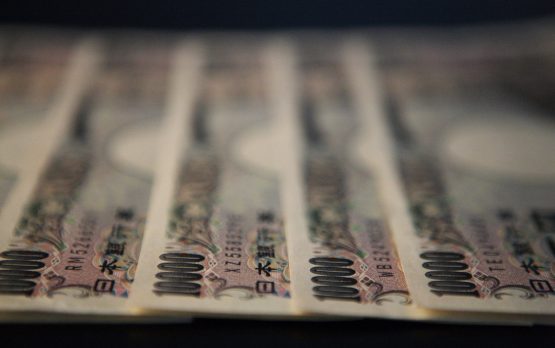 A regulatory breakthrough is expected to slash costs for investors trading over-the-counter derivatives in China, the latest step in opening up the nation’s capital markets to foreign investors.

A Chinese law that takes effect Monday enforces a mechanism used around the world for determining payouts if a derivative counterparty defaults, bringing the standards there in line with those used in other major markets. This recognition of so-called close-out netting is seen lowering the cost of trading by reducing the funds that would need to be set aside to protect against credit risks.

The development, which follows decades of lobbying by the finance industry, will remove a major barrier to international participation, according to Bloomberg Intelligence. While there’s set to be some adjustment as market participants shift to the new system, it holds the promise of eventually revolutionizing cross-border trading in an economy that still remains significantly cut off from international markets.

“It’s absolutely a gamechanger,” said Chin-Chong Liew, a partner at Linklaters in Hong Kong, adding it will fuel growth in the Chinese over-the-counter market. “International houses will not only be able to deal with Chinese counterparties, but go into China and be a real player, a market maker. Chinese houses can also be more active internationally.”

The trading in Chinese OTC derivatives accounted for just around 1% of global turnover in 2019, compared with 3.3% for Japan, according to a 2021 report by the International Swaps and Derivatives Association.

Close-out netting is a method to determine the net obligations of a defaulted counterparty to a derivatives transaction. The International Swaps and Derivatives Association recognizes over 80 jurisdictions that formally rely on the mechanism, which often requires carve-outs from bankruptcy laws. Without close-out netting, financial institutions face higher transaction costs and have to provide margin on a gross basis, which means they can’t use any cash that they stand to receive from counterparties to offset their liabilities.

While its use has spread in recent years, with ISDA recognising India two years ago, the world’s second-largest economy was the most notable exception. There have not been any massive bankruptcies involving derivatives claims akin to Lehman Brothers in China so it was not previously perceived as a high-priority reform, said Linklater’s Liew.

That lack of clarity over netting enforceability has put Chinese banks at a disadvantage, according to Jenny Cosco, global head of government relations and regulatory strategy at the London Stock Exchange Group. 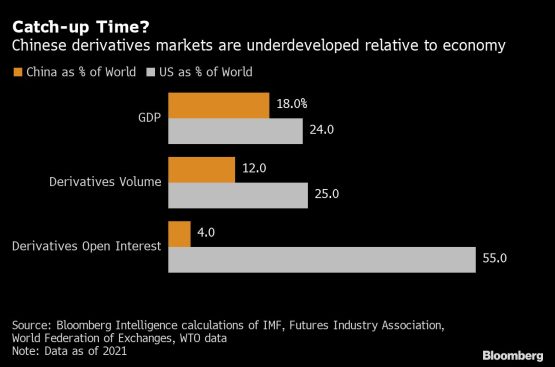 “If you can net, then you have more cash at play,” Hong-Kong based Cosco said. “It is the single most important mechanism to reduce credit risk associated with derivatives contracts, so that is really a key building block for capital markets development.”

The revised law filled a missing part in the legal system for cross-border futures trading, Yi Huiman, chairman of the China Securities Regulatory Commission, has said in an interview with state media Xinhua.

This is also a part of China’s effort to pursue a so-called high-quality opening up, a term used in the official five-year plan covering the period through 2025, during which China pledged to build an institutional system and a regulatory model that is linked to international rules.

Despite the size of its economy on the world stage, China has a relatively under-developed trading environment that has yet to fully open up to overseas investors. Its currency derivatives market is only accessible to approved foreign banks or central banks, while its government bond futures are still closed to trading from offshore. The PBOC announced in July that international investors will be allowed to trade onshore interest-rate swaps market through Hong Kong in six months.

To be sure, the new derivative standard is no panacea. China’s financial regulatory bodies will need to make revisions to existing rules and market participants may need to take a wait-and-see approach on how CSRC and their international counterparts will cooperate on cross-border supervision and administration, according to Andrew Tong, senior portfolio manager for China A-shares quant strategies at Invesco.

In the mean time, UK regulators have proposed a six-month transition period for Chinese derivative counterparties that may suddenly come under the scope of initial margin rules.

“Although not wishing to sound ungrateful, many may wish for more time, given that system change and legal documentation are far from overnight processes,” said Neil Murphy, triResolve business manager at OSTTRA. “The challenge is complicated by the fact that many firms will be trying to establish documentation with the same set of counterparties simultaneously, giving rise to a risk of bottlenecks and delays.”

Nonetheless, Murphy agrees risk managers and traders alike will welcome the long-term benefit of close-out netting, which could encourage foreign banks to reassess their China strategies.

“Enforceable close-out netting in China is the culmination of more than 20 years of work,” said Jing Gu, Head of Legal for Asia-Pacific at ISDA. “We commend the Chinese authorities for taking this step, which will open the door to the further development and growth of the derivatives market.”