The right to food: activism and litigation are shifting the dial in SA

‘It makes absolute sense to shift a portion of Eskom’s unsustainable debt onto the government balance sheet,’ Brown said. 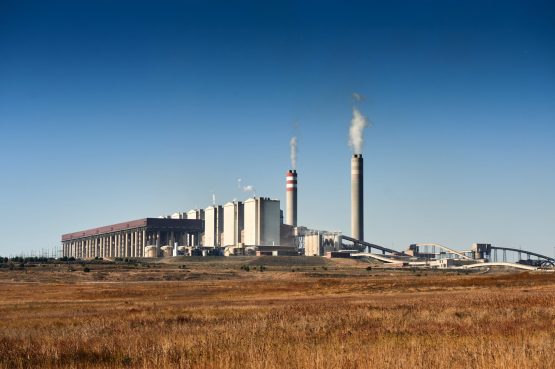 South Africa’s plan to take over part of Eskom’s R396 billion ($24 billion) debt is in the “the right direction,” because the power utility is “too big to fail,” Nedbank Chief Executive Officer Mike Brown said.

South Africa’s Treasury is finalising a plan to take over a portion of the utility’s debt to place the struggling electricity company on a sustainable footing, Duncan Pieterse, head of assets and liability management at the National Treasury, said in an interview Wednesday. That helped lower the company’s bond yields.

“It makes absolute sense to shift a portion of Eskom’s unsustainable debt onto the government balance sheet,” Brown said in an interview in Johannesburg on Friday. “Because in all economic sense, it’s there already.”

A debt transfer plan for Eskom would be a key step toward turning around the engine that drives Africa’s most industrialised nation. Years of government bailouts and rolling power outages have weighed on the economy. Authorities will seek cabinet and parliament’s approval for the plan after determining the amount, along with the conditions the utility will need to meet before and following such a transaction.

“It’s going to take time, it’s complicated, legally and economically,” Brown said. “You’ve got to get the amount right, because you’ve got to take enough debt off their balance sheet so that they are actually sustainable, but not too much to give them a free ride and everyone has to be treated fairly.”

President Cyril Ramaphosa on Monday announced measures to bring to end a 14-year-old power crisis. The state scrapped a 100 megawatt limit on plants, allowing companies to build power plants of any size without a license to meet their own needs and to sell it to the grid.

The government also doubled renewable energy procurement to 5 200 megawatts. A move that will accelerate the country’s shift from a dependence on coal for more than 80% of its power toward the use of the nation’s abundant wind and solar resources.

“Electricity supply is a binding constraint to growth and job creation, and hence the president’s plan to fix that,” Brown said.

RJ was called ‘Bhaiya’ for a reason: Sunil Singhania

What can and can't employers ask you?

Glenmark, Sun Pharma to recall products in US

Burundi at 60 is the poorest country on the planet