IPA chairman on challenges faced by drug cos 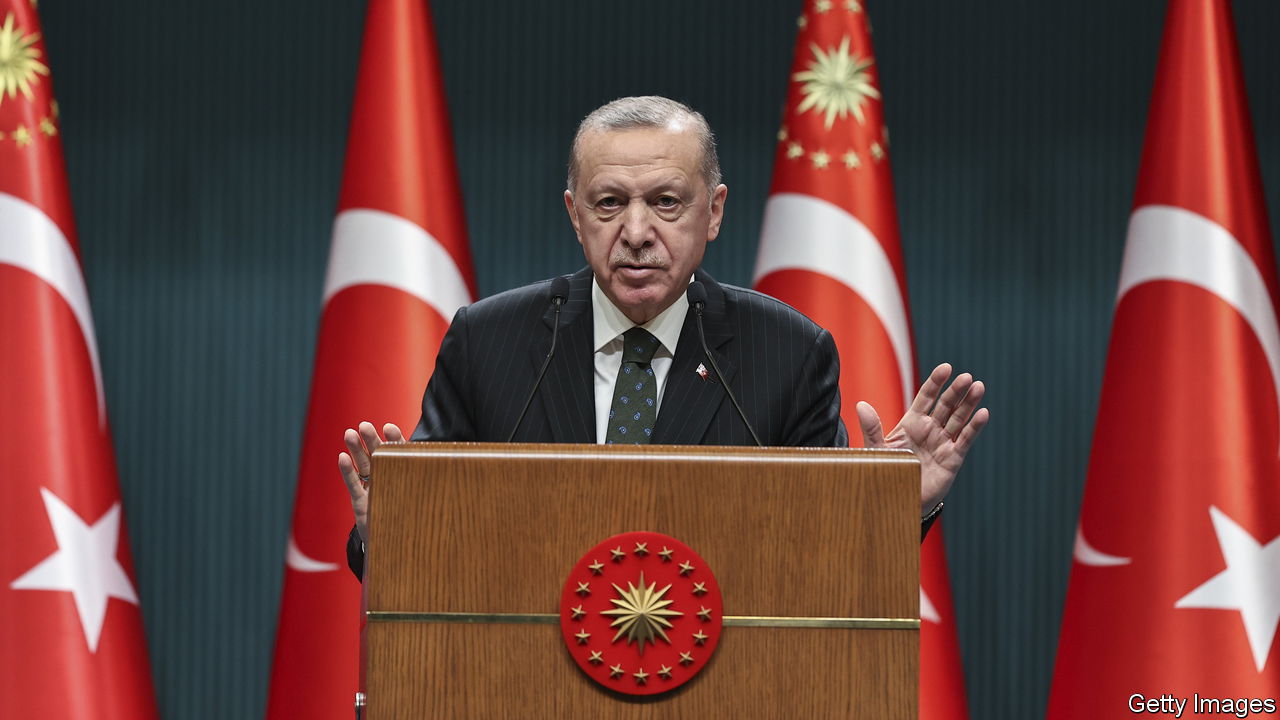 WHEN Recep Tayyip Erdogan speaks, the Turkish lira generally listens, shudders, and falls off a cliff. For once, something different happened. Facing a crisis of his own making, Turkey’s leader took a dramatic step to save the lira on December 20th, moments after the currency had plummeted to a new record low. The government, he announced, would guarantee bank deposits in lira, protecting them from swings in the exchange rate. The lira rebounded spectacularly on the news, moving from 18.36 to as low as 11.11 against the dollar, its biggest rally for nearly four decades.

Under the new plan, the Turkish government will compensate holders of lira deposits whenever the currency’s depreciation tops the interest rate offered by their banks. For example, were the lira to slide by 30% against the dollar in a single year, an account holder at a bank with a 14% deposit rate would pocket the difference, courtesy of Turkey’s treasury.

Turkey’s economy is not close to being out of the woods. But at the very least, Mr Erdogan’s stopgap solution has, for now, reassured investors that Turkey’s leader is aware of the need to rescue the lira. The scheme may have also prevented a run on the banks. Turks have been converting their savings to dollars at a record pace over the past month. Lately, some of them had begun considering withdrawing their savings altogether. “People had begun to lose trust in the banking system,” says Ozlem Derici Sengul, founding partner at Spinn Consulting in Istanbul. “The decision stopped this.”

The lira’s collapse was triggered largely by Mr Erdogan’s decision to bring interest rates down sharply, no matter the cost. Before this week’s drama, the currency had lost nearly 50% of its dollar value in just two months. Mr Erdogan seemed unmoved, defending his rate cuts and pledging to stay the course. He invoked an Islamic injunction against usury. “As a Muslim,” he said on December 19th, “I will continue doing what [our religion] tells us.”

Yet the plan he has come up with is in fact an indirect interest rate hike indexed to the dollar. “You receive the current deposit rate and on top of that you can get the differential, so that’s an incentive for foreign currency holders to switch into lira” says Emre Akcakmak, managing director of Greenwest Consultancy in Dubai. But it is no alternative to monetary tightening. “It’s not sustainable,” says Mr Akcakmak, “because the burden on the treasury will grow as long as this is in place.”

Until now, it was Turkish depositors who have been shouldering the risk of wild swings in the exchange rate. From now on, it will be Turkish taxpayers. “The public finances, considered to be a pillar of strength over the past decade or so, now risk crumbling,” writes Jason Tuvey of Capital Economics.

The measures also risk adding to Turkey’s inflation woes. The official inflation rate, which most Turks consider to be well below the actual rate, climbed to over 21% in November. Analysts expect it to reach up to 50% in the first half of 2022, especially after a 50% increase in the minimum wage, announced earlier this month, goes into effect. Mr Erdogan’s new scheme risks making things worse. Any further substantial fall in the value of the lira means the central bank may end up having no choice but to print money to reimburse lira depositors. Mr Erdogan may have thrown a blanket over a fire he himself started. The blanket too might soon catch fire.

IPA chairman on challenges faced by drug cos

Why govt and orgs need a 'Good Tech Approach'

As market valuations turn reasonable, here’s how to invest